LAST THURSDAY NIGHT’S MUNICIPAL ARTS SOCIETY WALKING TOUR of East Village neon was not what I expected, on several counts. How cold was it? Couldn’t-feel-your-toes cold. Still, I thought there’d be at least a bit of a crowd for such an intriguing event. But just three of us showed up — myself, my sister, and a woman from Virginia. Plus our leader, Tom Rinaldi, the 34-year-old author of New York Neon (Norton), a near-comprehensive book of pre-1970 neon in NYC. I’m glad a member of that generation is interested in documenting what remains of these 20th century artifacts, because they’re going fast. Since Tom’s book came out last year, there are even fewer of those mellow retro neon signs that once characterized the New York night.

Just last week, DiRobertis Pasticceria, on First Avenue near 11th Street, closed down after 110 years in business. Now the block is dark, where once their pink signage cheered the scene. To my shock, the Variety Photoplay Theatre on Second Avenue near 13th, with its Deco-era neon marquee, was no longer there. I’m sure I knew in the back of my mind that it had disappeared some years ago, but I had evidently blocked the knowledge and was looking forward to seeing it. As we walked, I grew increasingly depressed at the realization that very little great neon endures. It is, as Tom called it, ‘an endangered species.’

In our circuit of the neighborhood, from our meeting place in front of Block Drugs, below (obviously), on the corner of Second Avenue and 6th Street, to our final stop at Katz’s Deli on Houston, here’s what we saw. 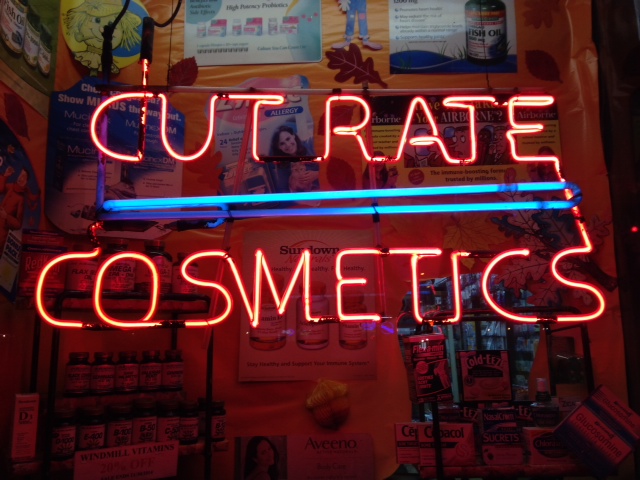 We ducked into a sports bar/pub on Second Avenue, mainly to warm up, and discovered a vintage Bar & Grill sign inside, above, with a great ampersand. Tom told us it had been moved here from elsewhere.

Tom helped my sister and me figure out the best ways to photograph neon. Above, the one remaining Italian pastry shop in the East Village, the venerable Veniero’s. But we were on a mission and did not stop in for cappuccino and cannoli.

Heading down First Avenue, a window sign in a coffee shop, above, the rounded A’s indicating its age. 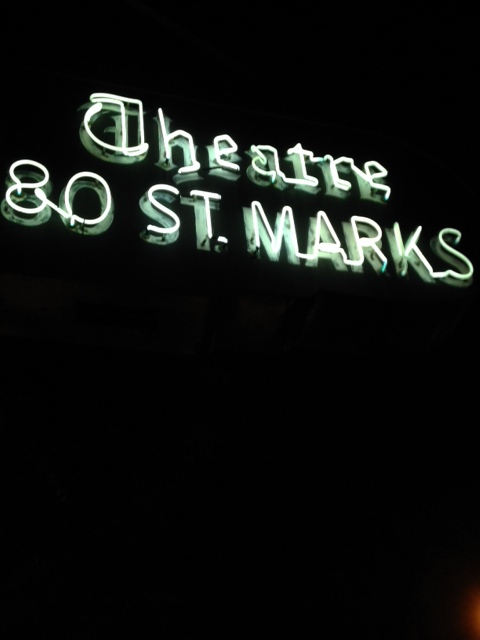 Popped in to the Theatre 80 St. Marks — their dignified signage, above — and discovered a warm and inviting bar in the lobby. Hot toddies made with absinthe. Note to self. 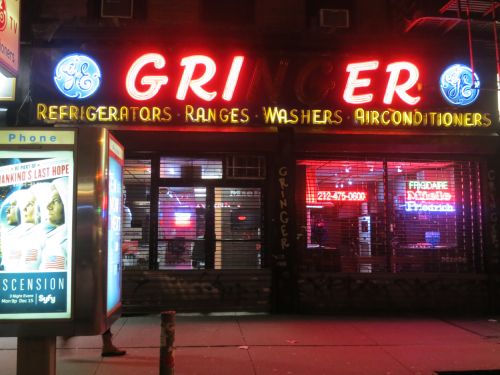 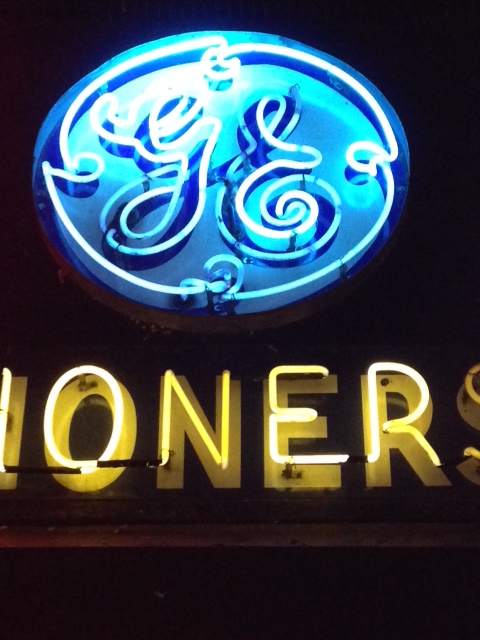 An appliance store sign on First Avenue, above, had a couple of letters out, but the GE logo looked swell. Those rounded A’s take me right back to childhood. 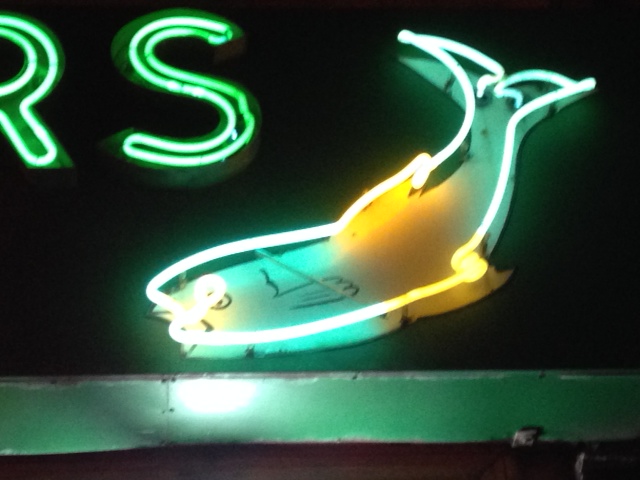 Then on down to Houston Street, and two classics from the era when the Lower East Side was a bastion of Jewish food: Russ & Daughters Appetizing, above, and Katz’s Deli, below, a neon extravaganza inside and out.  Both businesses are still going strong in the 21st century. As long as people keep eating smoked fish and pastrami sandwiches, we can assume their neon signage, lovingly maintained, will endure. 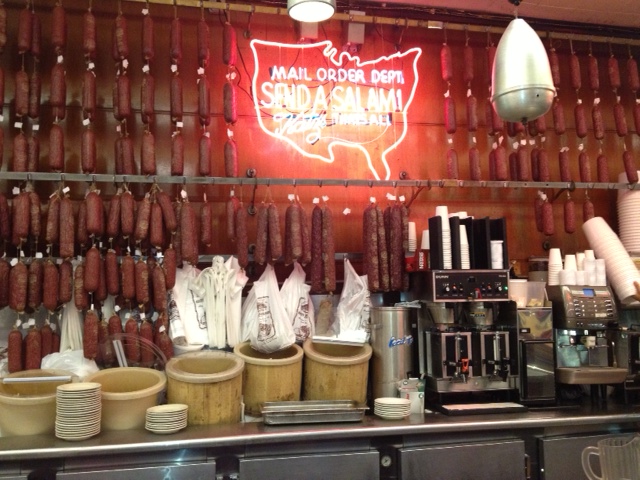 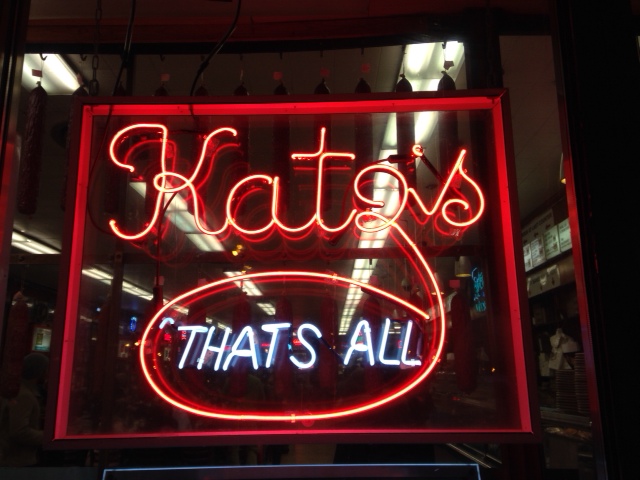