SO I’M STILL HERE in Springs, a woodsy hamlet five miles north of East Hampton, Long Island, N.Y., thanks to the installation of a wood-burning stove that staves off the day when I have to turn off the water supply and return to the city.

In between honing my fire-tending skills and raking, raking, raking, I finally made it to The Springs Library in the 1851 Ambrose Parsons House, below. In nine years of owning a house just a mile down the road, I’d never managed to check it out.

It was closed the two or three times I tried to gain entry, and I imagined it full of dated, dusty volumes on sagging shelves.

Wrong! The library, which is not part of the Suffolk County library system but operated by the Springs Historical Society, was recently discovered to have a structural issue that required all books removed from the second floor. Then, questions of staffing and the need for a new state charter threatened the library’s existence. Alarmed, more than 100 people turned out for a community meeting a few weeks ago. Alarmed, I decided to make an overdue visit with a check for membership ($25).

Meanwhile, actor Alec Baldwin gave the Springs Library $5,000 to buy new books. So when I turned up there the other morning and finally found it open — it keeps regular but short hours, 10AM-noon most days — I was delighted to come away with the new Susan Orleans book (about libraries, coincidentally) and the new David Sedaris, and to discover that they had all six volumes of Karl Ove Knausgaard’s monumental memoir, and all four of his subsequent ‘Seasons’ series (I’ve read a few, and can now easily fill in the gaps).

Inside the building, which is on the National and State Registers of Historic Places, the atmosphere is warm and welcoming, with wood floors, resident dogs, geraniums on the window sills and an elderly woman who hand-wrote my name on an index card for each book I borrowed. 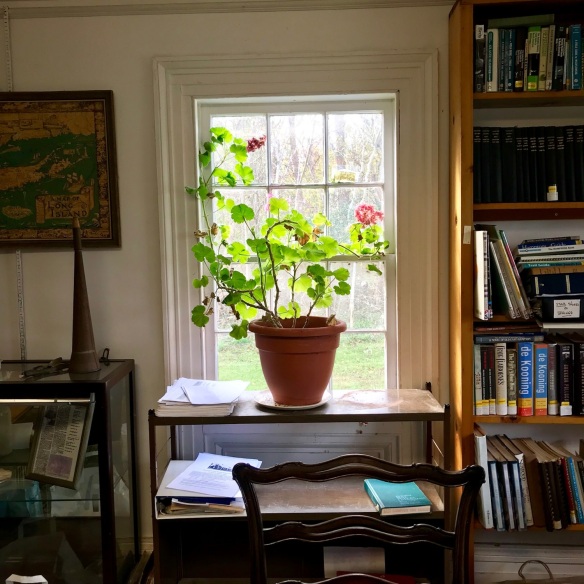 The library is part of the Springs Historic District, which consists of ten 19th century farmhouses, four barns, and several other vintage buildings. The historic district is notable for its complete lack of commercialism, tourist appeal or chic, which is what I love about it. 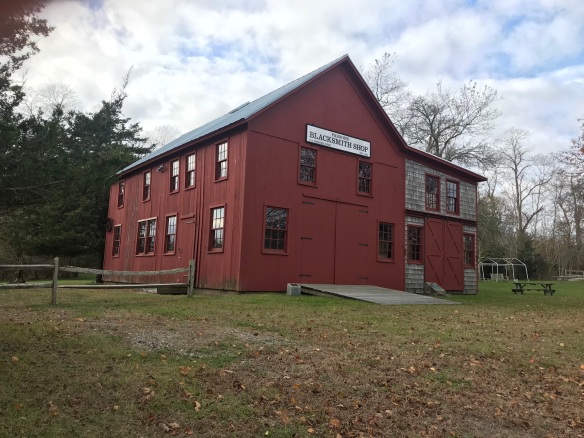 I’ve been in all the other buildings around its central green: the Springs Community Presbyterian Church (1882) for yoga classes and rummage sales, Ashawagh Hall (1884) for art shows and memorial services, and, once, the 1886 Charles Parsons Blacksmith Shop, above, normally locked up, for an avant-garde theatre production. 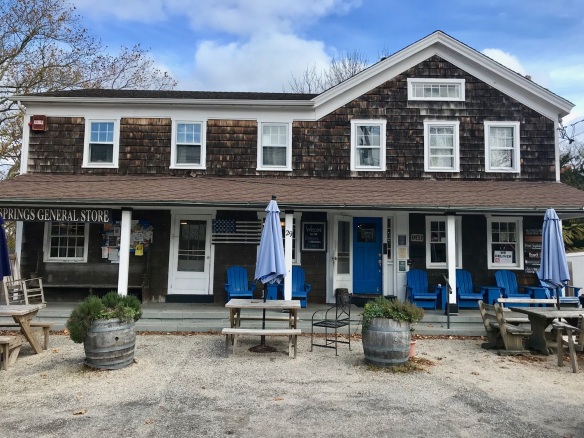 But most of the time, when I’ve gone to the Springs Historic District, it’s to get coffee and a bagel at the 1844 Springs General Store, above, where aging hippies can be found hanging out on the porch on weekend mornings.

From now on, this aging hippie can be found hanging out at the library. ## 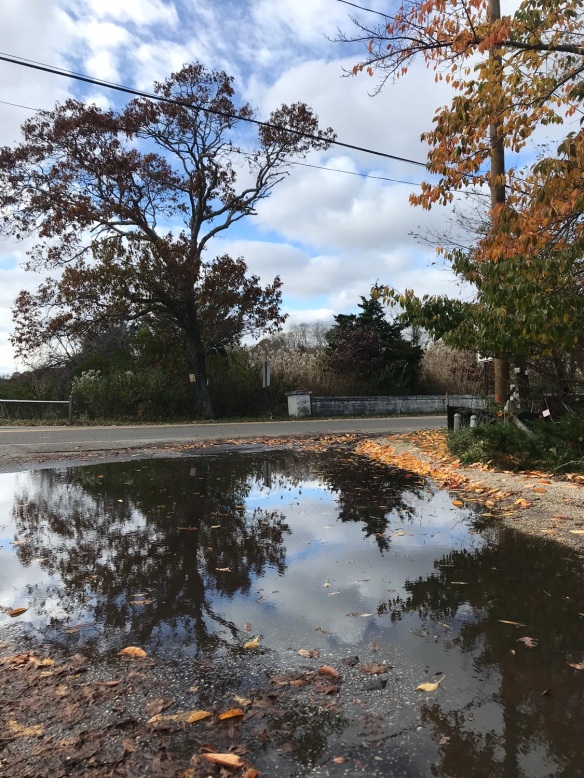 IT’S LIKE eBAY NEVER HAPPENED at the vast Mid-Century Furniture Warehouse in Philadelphia, where larger-than-life opera props jostle with well-made 1960s American case goods by such companies as Lane and Drexel, and new, retro-style upholstered furniture and dining sets made in China and Vietnam.

Twelve thousand square feet and the place is still layered to the rafters. In a back room, countless chrome lamps and wood pieces await rewiring and refinishing.

Owner Brian Lawlor, who has been in the vintage furniture business for a long time and in the moving and storage business before that, is not fazed by the possibility of having to move further north as runaway development approaches his present location on N. 2nd St. and Cecil B. Moore in Olde Kensington. (That’s Brian, below, displaying his “Best Scavenger” trophy from Philadelphia magazine.) 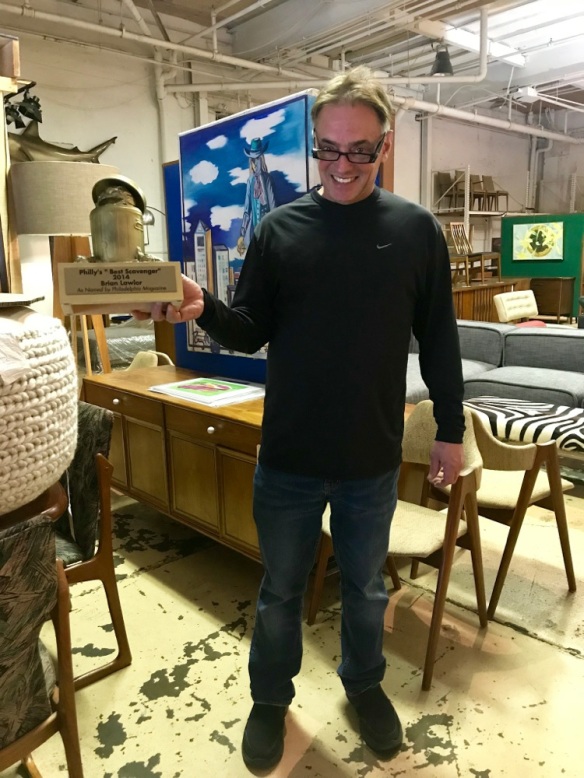 He has been in this enormous garage for seven years, and has done the auction route as well, but now prefers to sell from his website, by appointment and to the public — for a mere three hours every other Sunday (the next sale is November 18 from 12-3). 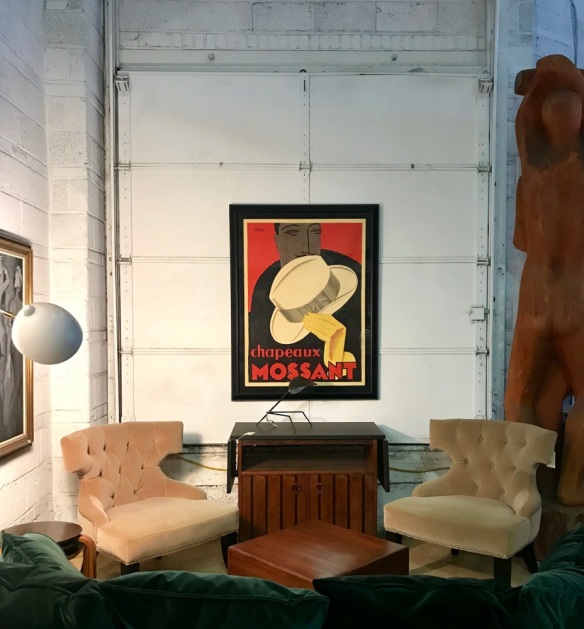 Customers line up before noon on alternate Sundays to get a sheet of “Sold” stickers. When the doors open, they dash around and place them on the pieces they want to purchase.

Have a look at the Mid-Century Furniture Warehouse website, the FAQs and the handy “Insiders Guide” to nearby restaurants and points of interest, for those who want to make a day of it. ##