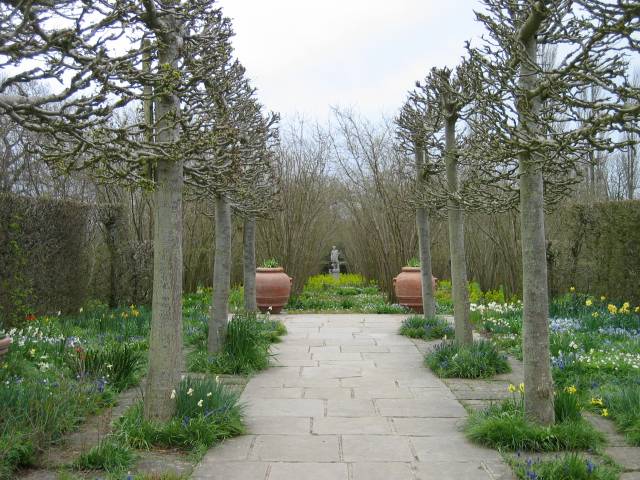 My list of places to go before I die is very short. Nowhere near 1,000; maybe 3 or 4. Last spring I checked off one of them. 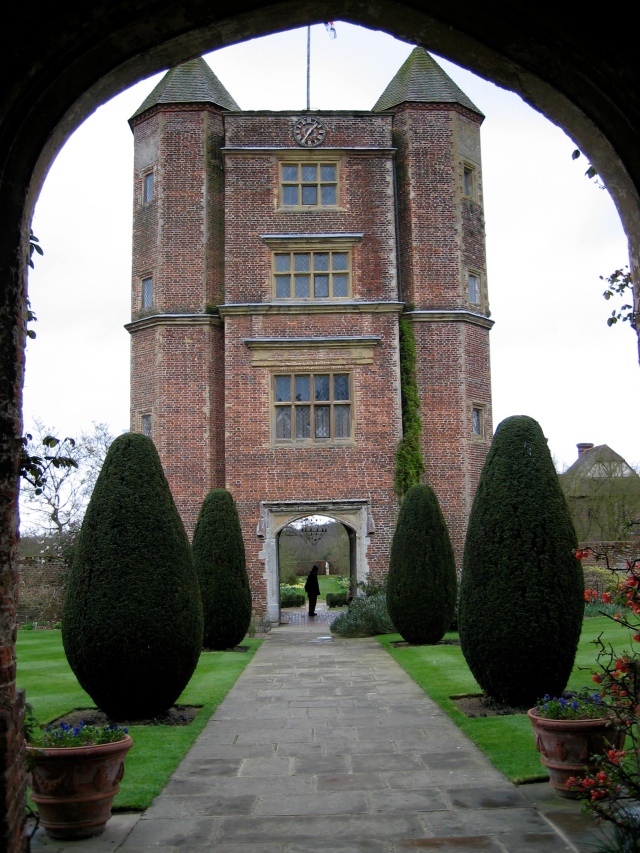 What gardener doesn’t consider the legendary Sissinghurst a must-see? Six acres around the remnants of a 15th century castle in the south of England, its ten ‘garden rooms’ (the White Garden, Rose Garden, Herb Garden, Cottage Garden, etc.), linked to each other by a series of paths and vistas, were a lifetime’s work for writer Vita Sackville-West and her husband Harold Nicholson, a historian and diplomat. 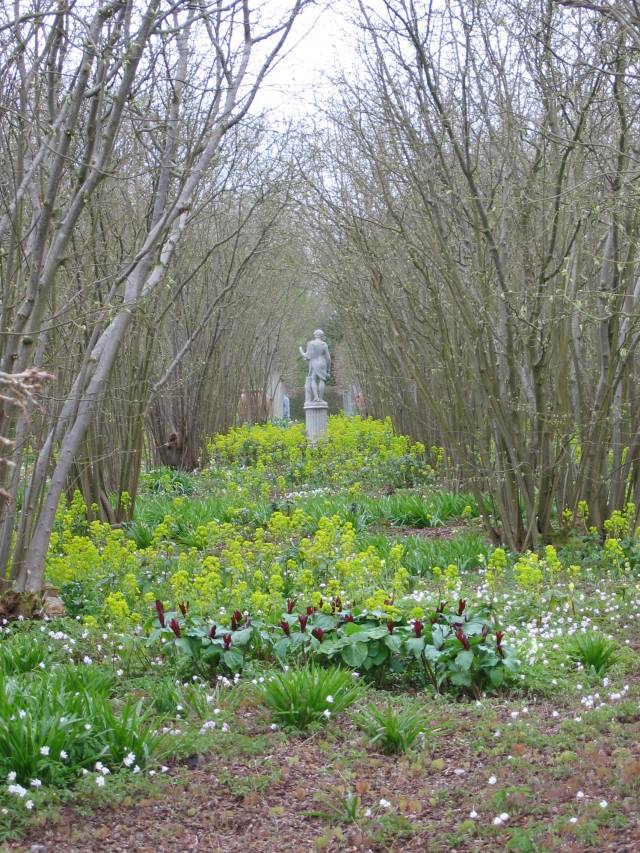 They were an unconventional couple to whom I can nevertheless relate. (When they finally threw a party for their neighbors to celebrate the end of WWII, they didn’t recognize a soul, having had their heads buried in the dirt of their glorious garden since buying the property in 1930.) 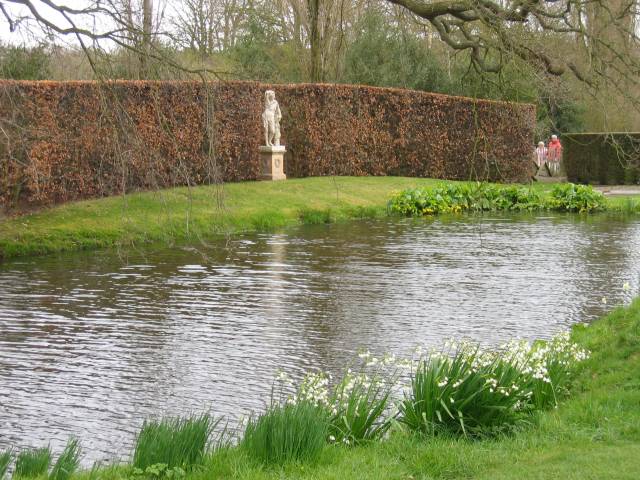 My friend Diana and I drove down from London the last week of March, when Sissinghurst had just opened for the season. I was afraid it might be too early for a garden tour. At home, things were still dormant and wintery, but in temperate Zone 8 England, spring was well underway. 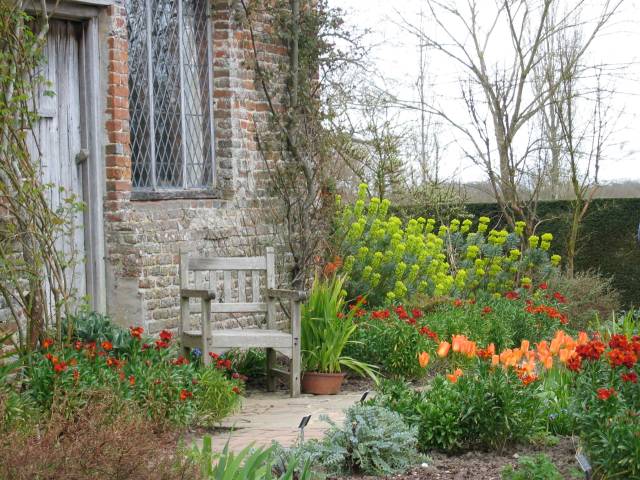 At Sissinghurst, the orchard was underplanted with daffodils going down to the medieval moat, and the Lime Walk, top photo, and Nuttery, third photo down, were exploding with early bulbs.

Anyway, the structure of that extraordinary place, anchored by enormous topiary hedges, is such that it holds up in all seasons as a masterpiece of garden design. 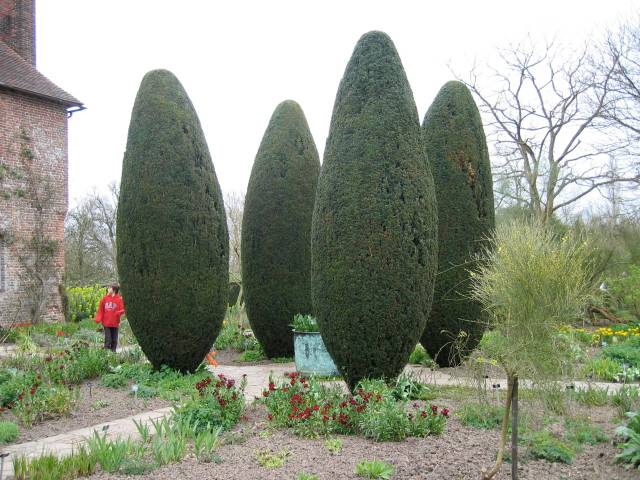