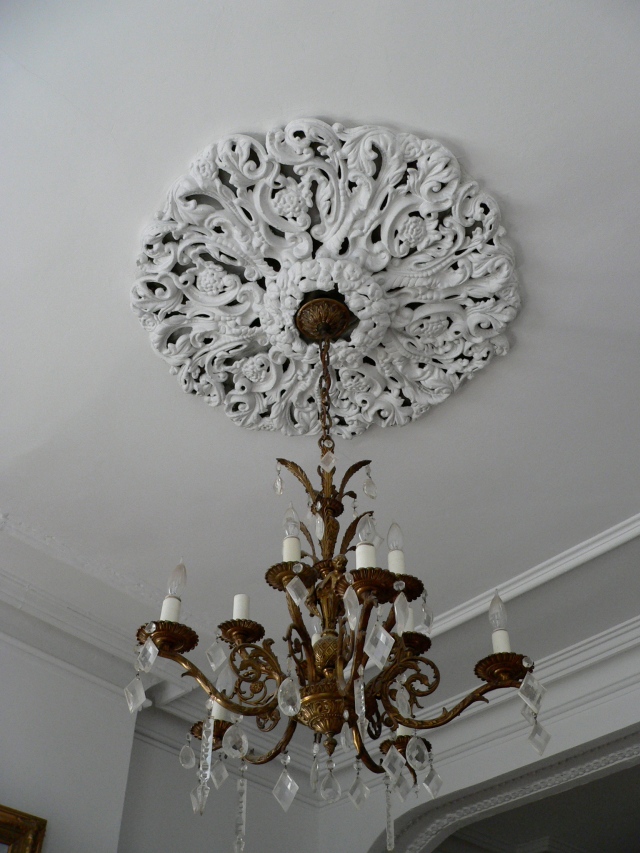 THE parlor floor of the 1850s Brooklyn row house where I live is pretty intact, with moldings, mantels, an elaborate plaster arch in mint condition, and a 3-foot-wide rosette in the center of the ceiling, from which dangles a gilded chandelier (and some people think I’m a strict modernist!)

Shortly after moving here in November 2006, I noticed that the rosette had dark spaces in the scrolly plasterwork that looked like deep black holes.  Turns out they ARE holes.  According to the handy reference Bricks and Brownstone, the New York Row House 1783-1929, these were vents for the fumes that came out of the gaslight that once hung from this fancy centerpiece. The holes trapped the fumes and carried them into the chimney flue, then outdoors.  It is startling to see something so obsolete and low-tech still in place, and I wonder how many others have them.  Are they rare or a dime a dozen here in Boerum Hill?

The same book revealed why such a classy house has such crummy floors. Instead of the 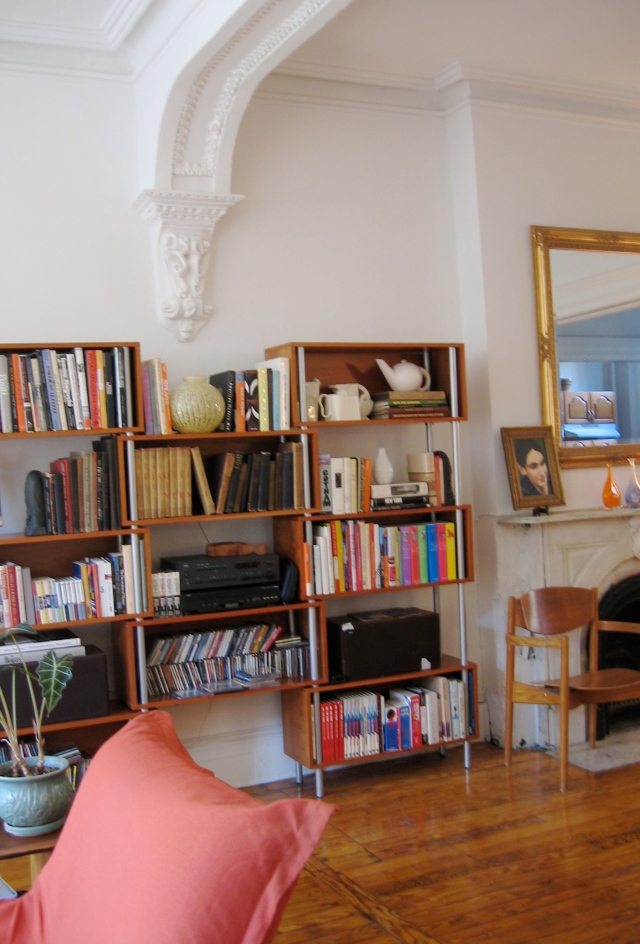 patterned oak parquet you get in a lot of later 19th century Park Slope houses, this house has simple 4″ pine strips,  none too fine looking.  Why?  Very simple: the fashion in the 1850s was for wall-to-wall carpets!

The floors were never meant to be seen.  Today, they are, and they look oddly rustic, especially stained yellow-orange, as mine are <ugh>.