IN THE PAST WEEK, I’ve been all around London, from the mews of Mayfair to the thrift shops of Dalston, from the obsessively planted Avenue Gardens of Regents Park to the tiny back gardens of friends in Islington, from David Hockney at the Tate to Amy Winehouse at Camden’s Jewish Museum. Not to mention a few historic pubs.

The weather has been changeable. It’ll be dreary and drizzly for the better part of a day; then it suddenly stops, the sky opens up, the light is crystalline and the sun slants in at its low angle, touching everything with radiance.

Brexit has been little mentioned in conversation, U.S. politics mercifully little, too. Tonight, the horrific incident on Westminster Bridge dominated the news.

My trip ends tomorrow and I’ll soon be back in New York, drinking more coffee than tea, trying to keep up the walking and appreciate New York with the same interest and enthusiasm it’s been so easy to rouse for London. 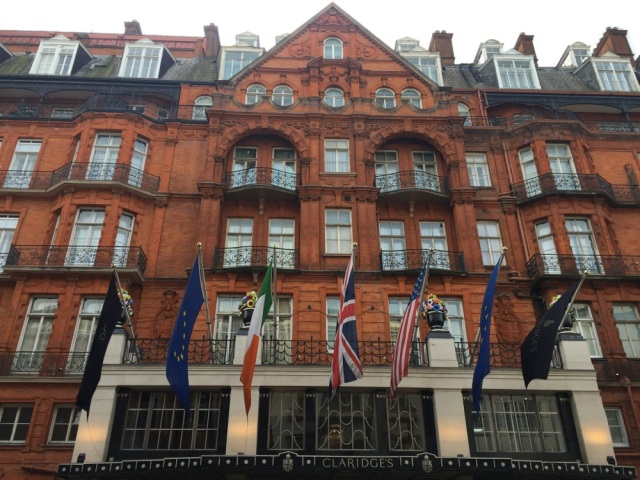 On assignment last Friday, I did an interview with an architect in Mayfair, right around the corner from Claridge’s, above. 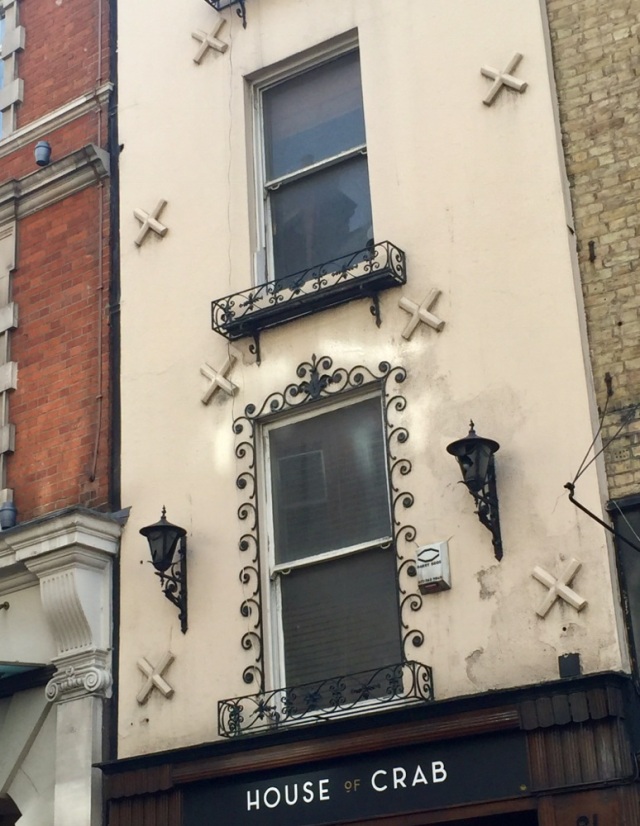 A curious old building and a neon-lit storefront in the area around Oxford Circus.

The too-much-ness of the display in the cafe at Liberty of London. Flowers at the front entrance of the ersatz medieval building, which has an extraordinary skylit interior.

Scones just out of the oven at the home of friends in Islington. 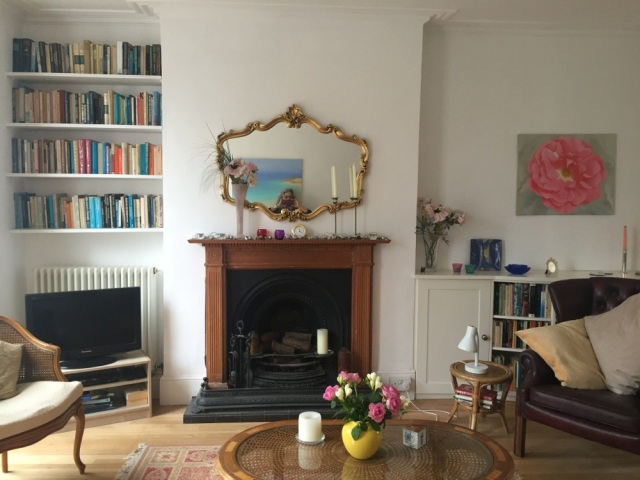 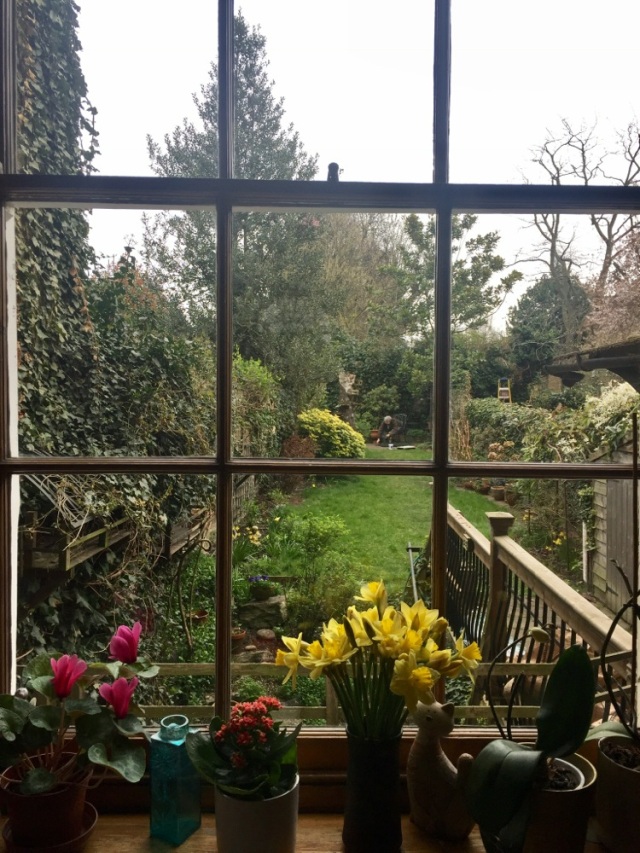 Their sitting room and back garden viewed from a window.

Fragrant clematis going crazy, spotted on a walk around De Beauvoir Town, which also took in…

my favorite local source for take-out, cheeses and fancy groceries, The De Beauvoir Deli, above. 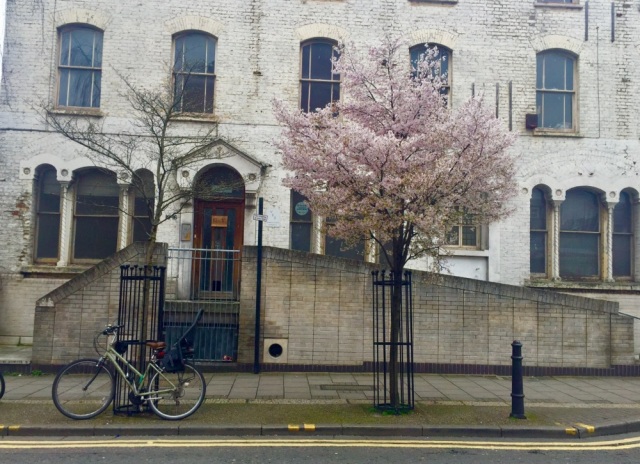 Vintage architecture and signs of spring in De Beauvoir Town and Dalston, above. 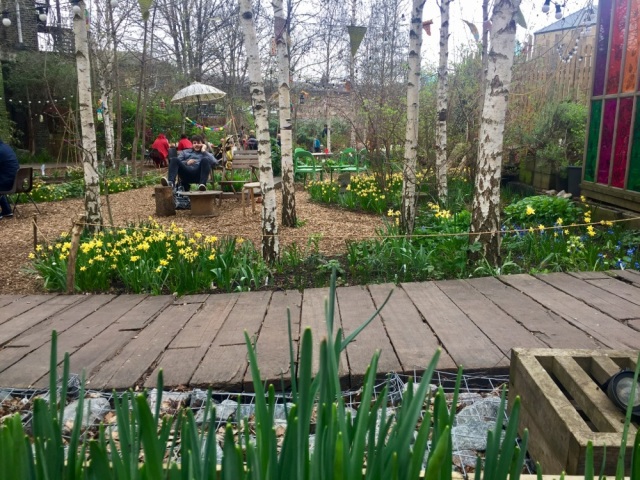 The Dalston Curve Garden, a community garden that also serves as a cafe and gathering spot for young families living in blocks of modern, garden-less flats nearby.

Note to self: plant more euphorbia.

Colorful houseboats in Regents Canal as it passes between De Beauvoir Town and Hoxton.

We made a field trip to Hampstead, below, whose hilly residential streets are lined with the homes of the arty and famous, from Romantic poet John Keats and painter John Constable to Sting, Judy Dench and Ridley Scott. 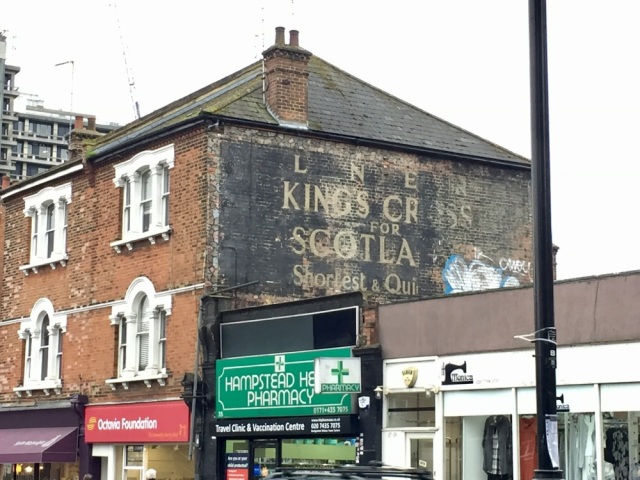 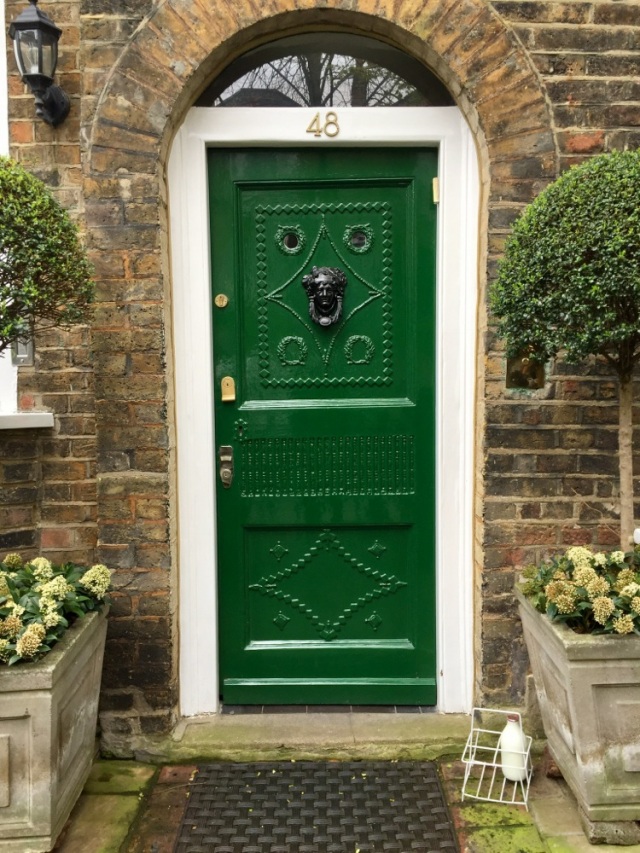 Etched glass, soft lighting and a fireplace make The Flask a very inviting stop-off on a wet day. There’s been a tavern on this hilltop Hampstead site since at least 1700. 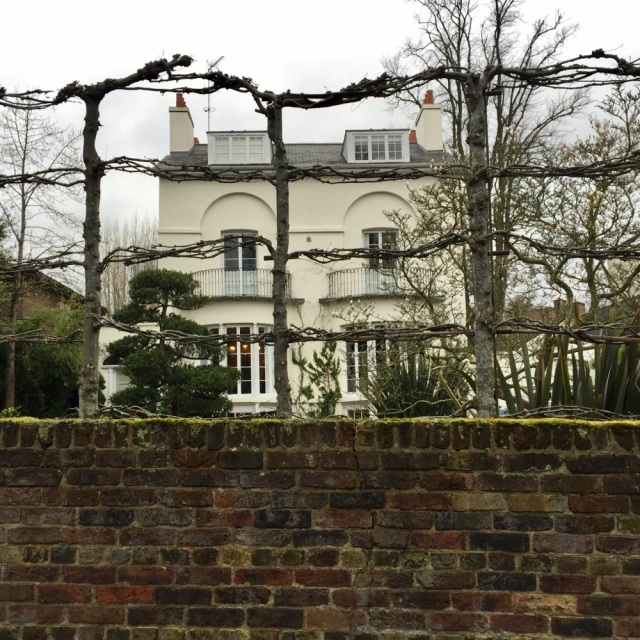 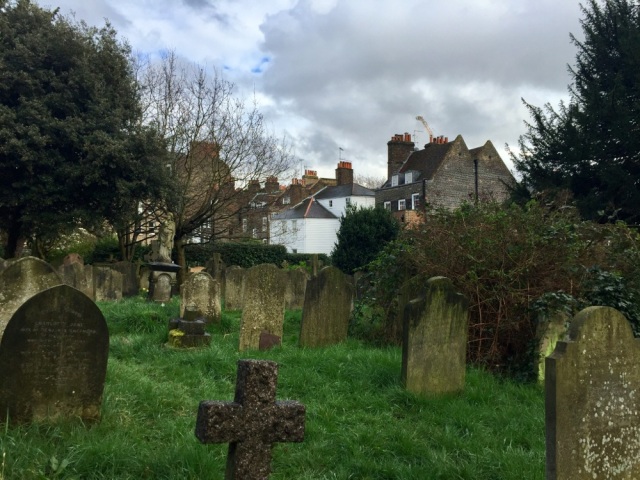 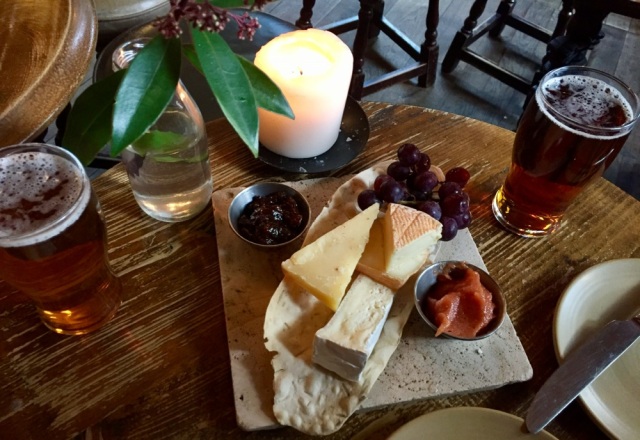 Ploughman’s lunch and a couple of half-pints at The Holly Bush.

Thank you, Tate Britain, for a full-on David Hockney retrospective, from his student sketches to recent video installations. Hockney is now up there in the Pantheon for me. 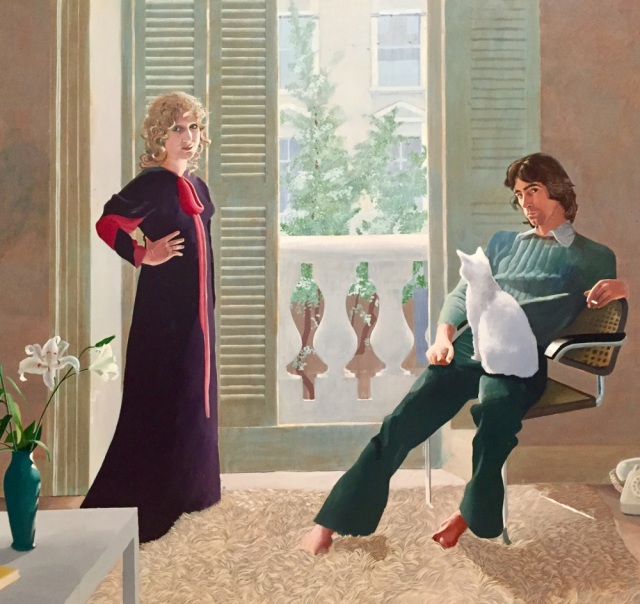 Below, a Hockney experiment with Polaroids.

A Chelsea morning, below. More blue-plaqued celebrity homes, past and present. 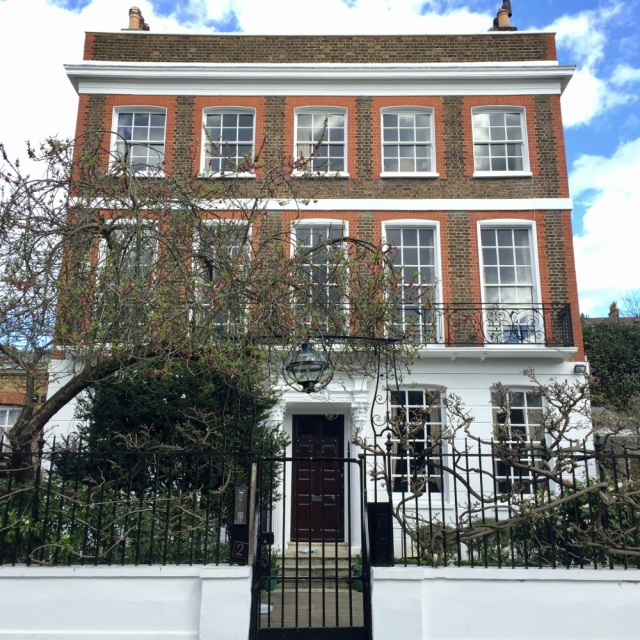 Our outing included a visit to the Chelsea Physick Garden, a 350-year-old medicinal/botanical garden. That’s Hans Sloane, below, an early garden benefactor (who became rich after inventing hot chocolate, we learned).

These two Chelsea row houses were the homes of Keith Richards and Mick Jagger in the late 1960s through ’70s: 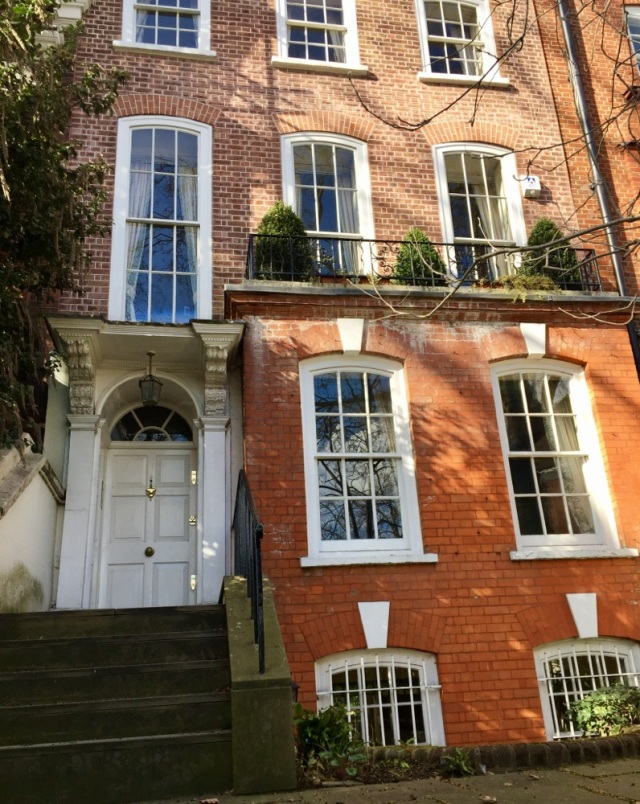 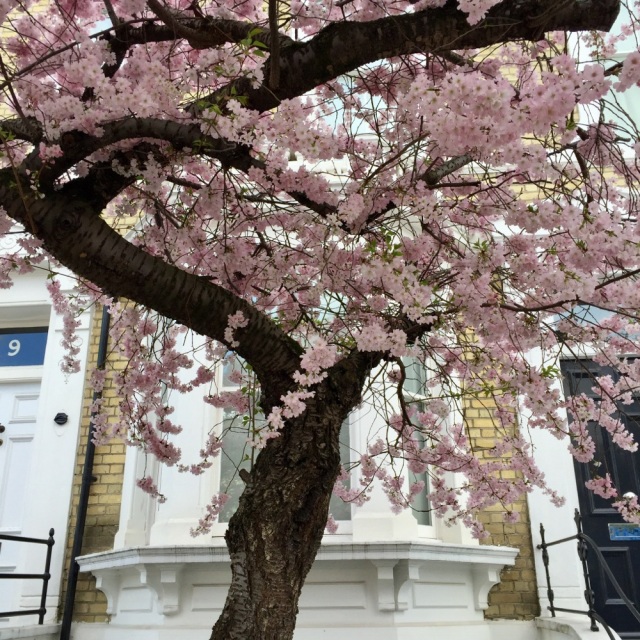 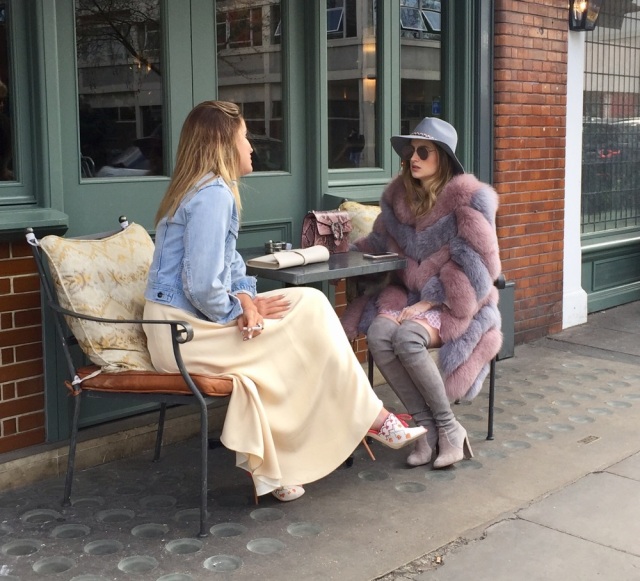 Above, Sloane Rangers on Kings Road.

At London’s Jewish Museum in Camden, there’s an intimate Amy Winehouse exhibition organized by her brother Alex, on through September. It includes her hand-written list of favorite songs, below, among other personal memorabilia.

Below, Regents Park after a rain, and its formal Avenue Gardens. 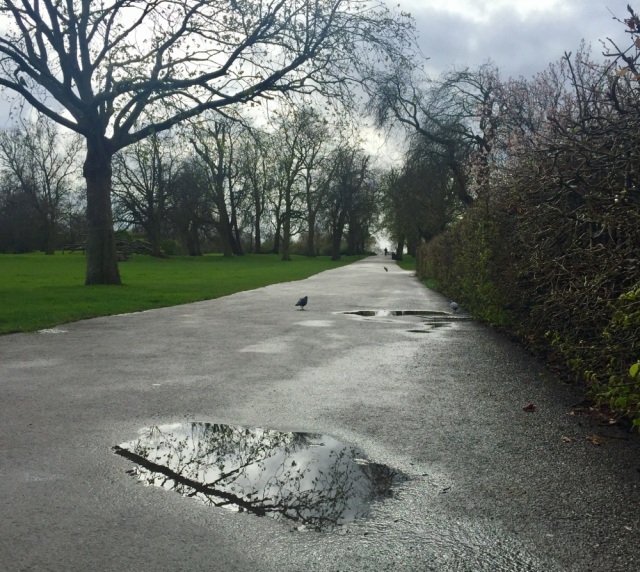 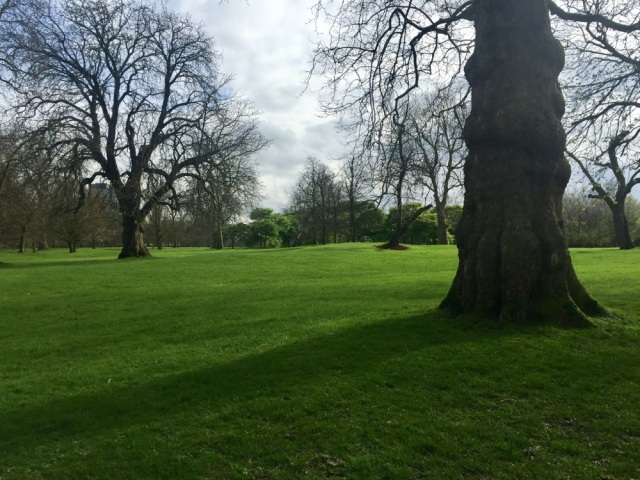 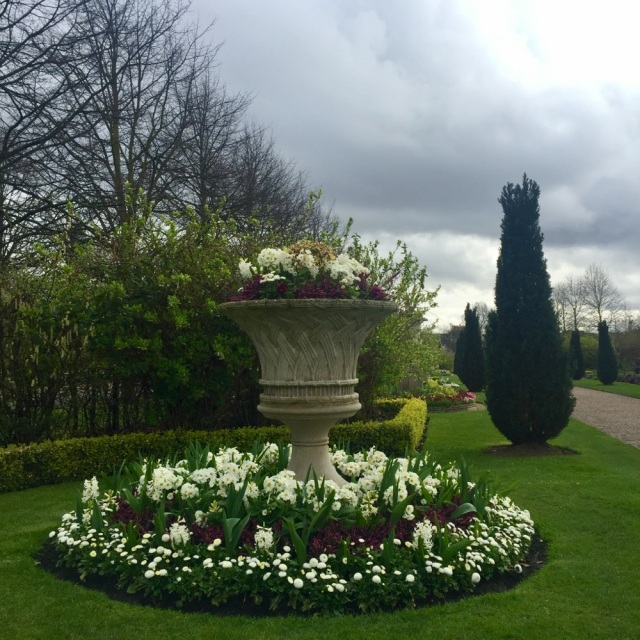 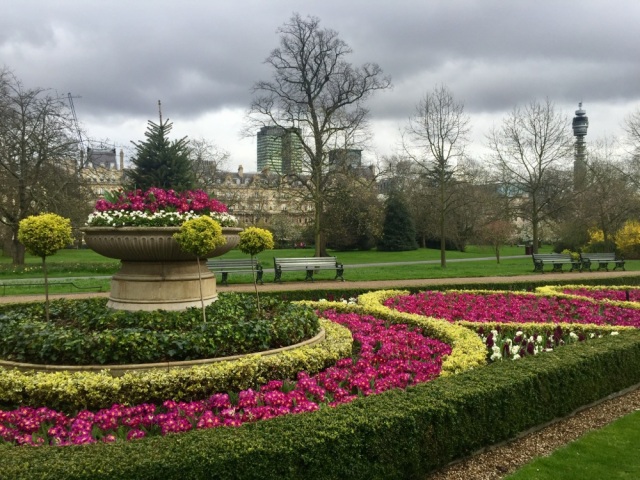 The top deck of London buses provides a slightly different angle on the city.

The number 30 brought me back to my friend’s mini-Eden in De Beauvoir Town, below, my home for the past three weeks.

Last dinner in London: chicken and mushroom pie with mash and cabbage at The Albion, below, an Islington standby since the pre-Victorian era.

4 Responses to London: Summing Up