The Sambournes moved to the newly built five-story row house in 1876 and spent the next ten years furnishing it in then-fashionable Aesthetic style, with William Morris wallpapers even on the ceiling and bric-a-brac everywhere. No surface, vertical or horizontal, was left uncovered, by framed drawings and photographs (Sambourne was an avid amateur photographer, especially of female nudes), bronze statuettes, Japanese screens, blue-and-white china and so on.

The family lived in the house for 36 years. After the deaths of Linley and Marion Sambourne, their children, Ray and Maud, kept the furnishings intact. In 1989, the Sambourne’s granddaughter, Anne deeded it to the Royal Borough of Kensington and Chelsea and it was opened to the public.

On my way to 18 Stafford Terrace, I got a bit hung up in Holland Park itself, larger and more photogenic than expected. 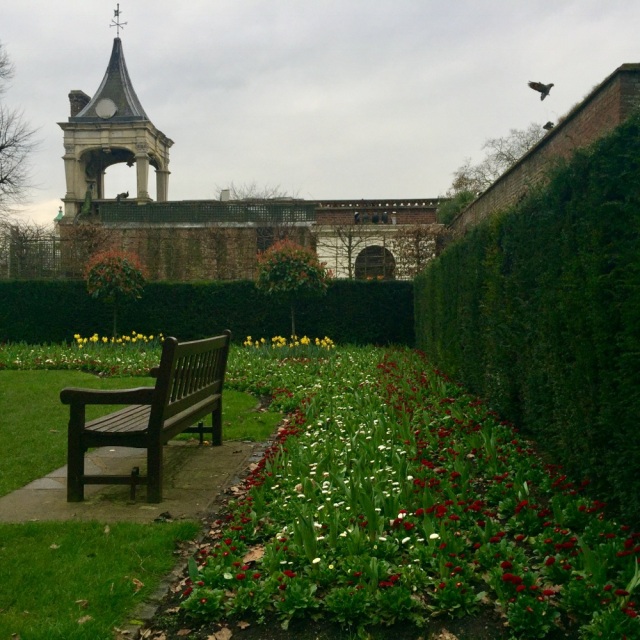 Other areas of the park are more formal, above. There’s even a small Japanese garden inspired by Kyoto’s temple gardens, below, along with playgrounds and cricket fields.

The Linley Sambourne house is on a block lined with uniform rows of same. 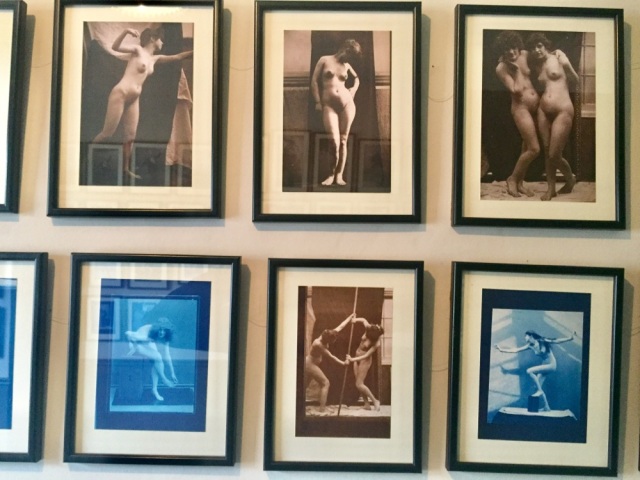 Then I walked the surrounding streets, enjoying the glossy painted doorways and signs of spring. 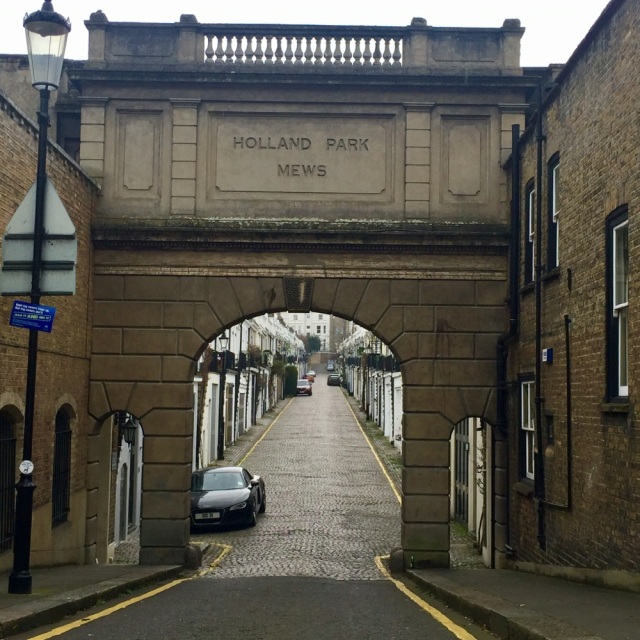 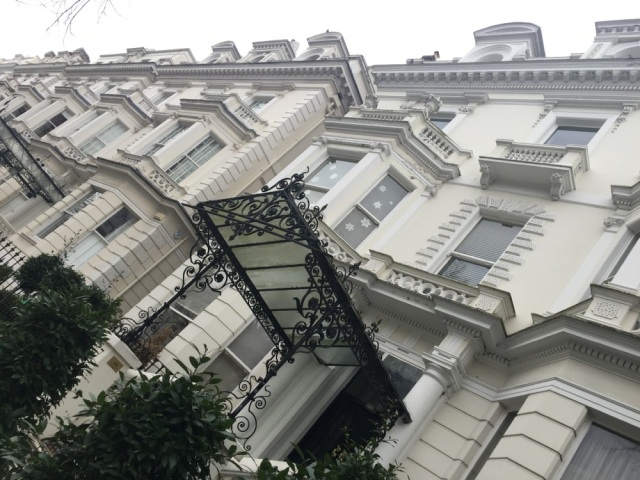 I had lunch at The Ivy Kensington Brasserie on nearby Kensington High Street. My chicken and quinoa salad, below, came with a lime-yogurt dressing. 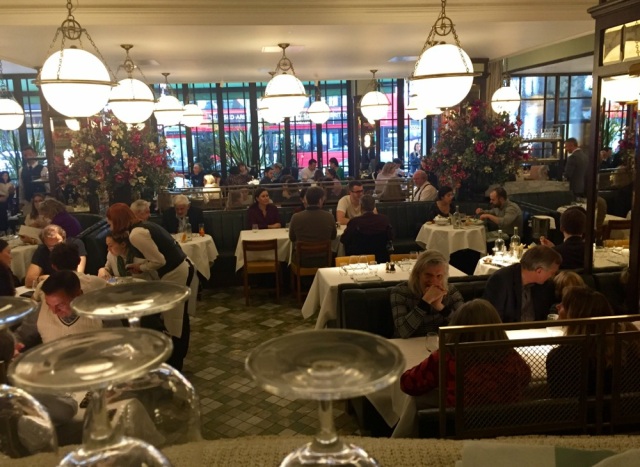 In the evening, I met a friend at Shakespeare’s Globe for a Jacobean tragedy, The White Devil, in a production lit only by candlelight. We made it to the intermission.

I blog (for fun) here at casaCARA, and write (for money) about architecture, interiors, gardens and travel for many national magazines and websites.
View all posts by cara →
This entry was posted in LONDON, TRAVEL and tagged 18 Stafford Terrace, Holland Park, Kensington High Street, Linley Sambourne House, The Ivy Brasserie. Bookmark the permalink.