I’M MORE BULLISH THAN EVER on Kensington, the Philadelphia neighborhood north of Center City where I bought a small row house for investment in 2007. Eight years ago, the area was full of crumbling, sagging buildings. Now it’s being spiffed up and built up everywhere, with new low-rise residential construction in formerly vacant lots, and the conversion of the area’s many disused textile mills and factories into rentals and condos.

In Philly this week, I wanted to see the area around Norris Square, above, a leafy park I remembered as sketchy several years ago, when small row houses near the park were going for well under 100K. They’re a bit more now (though still under 150K), but the area felt cleaned up and more friendly on a walking tour of the neighborhood with my son Max and his dog Roma.

We ambled up Hancock Street and down Front, under the elevated train, where industrial buildings are being renovated left and right for commercial and residential use. Here, in approximately this order, is what we saw.

The carriage houses that carry tourists around Center City are stabled on Hancock. In the background, one of the many brick factory buildings that have been converted for residential use. 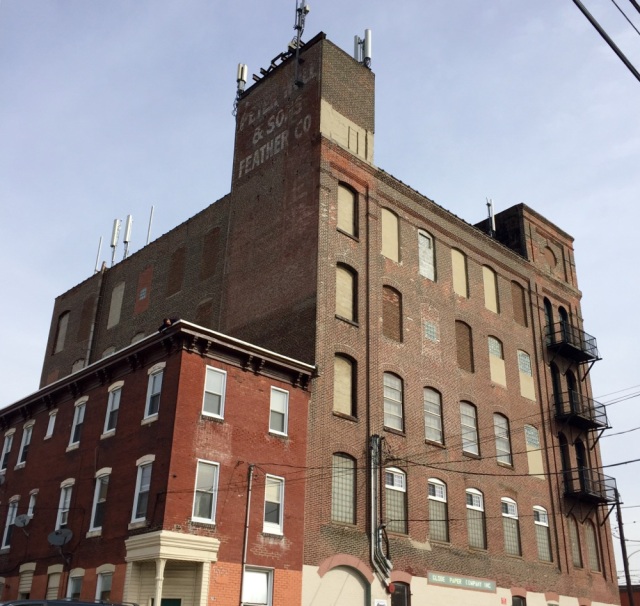 This former feather company building is being developed after a community battle to save it from demolition. 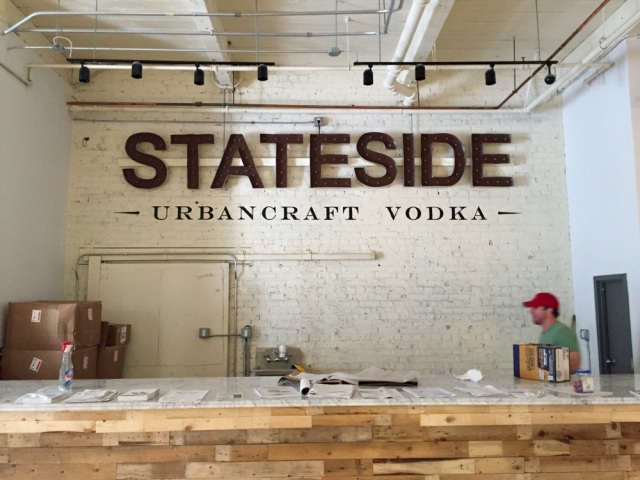 Admiring the newly painted signage on a Hancock Street building, we were invited in for a look. Federal Distilling is a vodka distillery, soon to open with a bar selling house-made products. 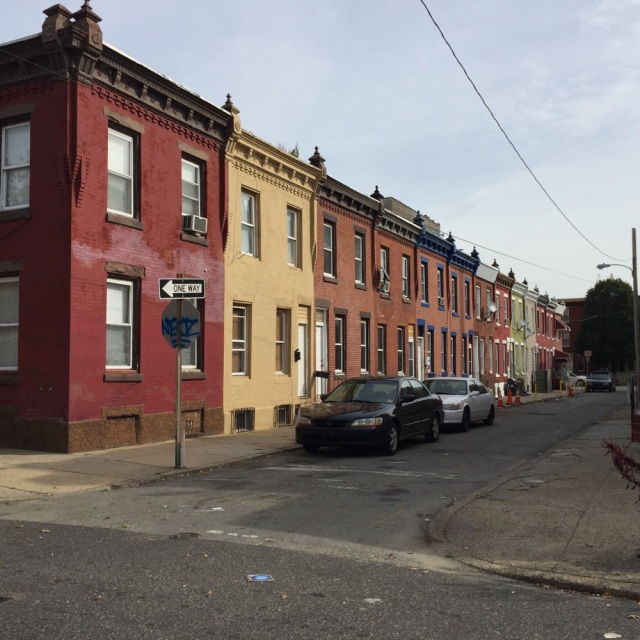 The area’s row-house architecture is very similar to that of nearby Fishtown. 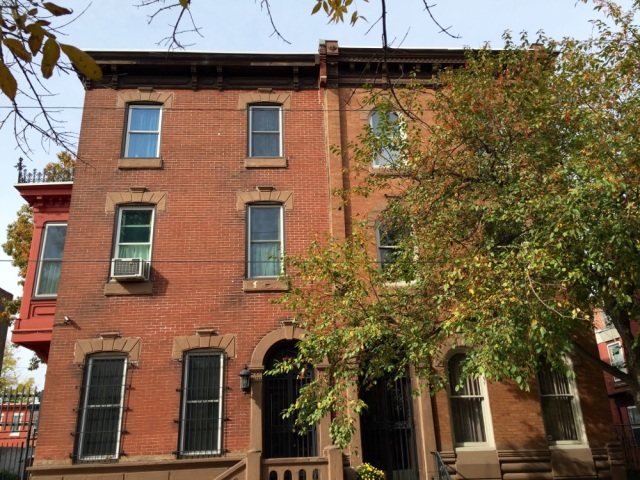 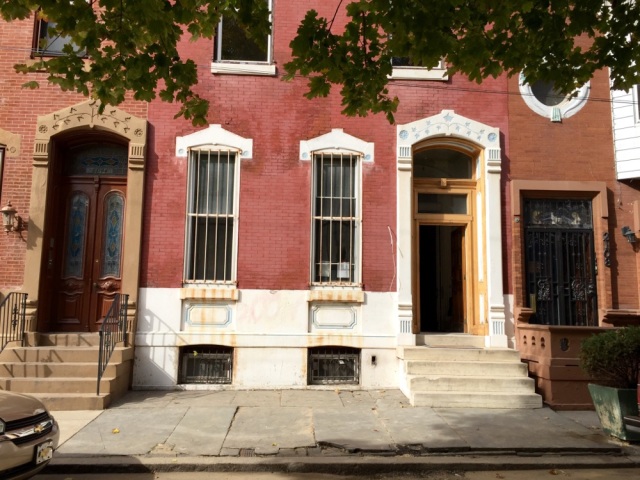 Right around Norris Square, the houses are larger and more detailed. Must have been elegant in their day.

Circling around to Front Street, where a milk-bottle-shaped water tower sits atop an old dairy building.

Something afoot here on Front in what looks like an old bank building. 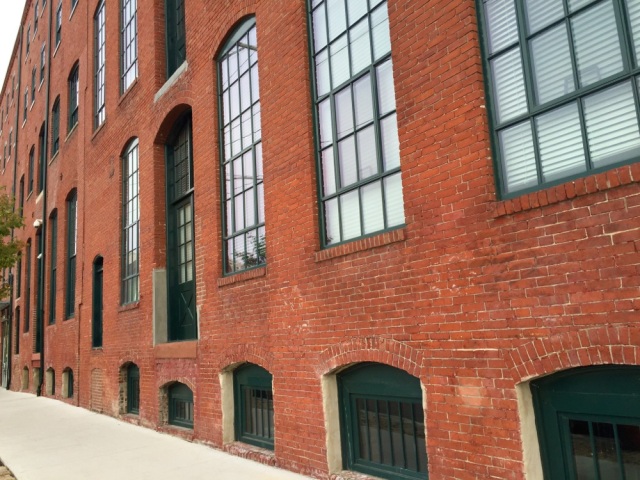 Oxford Mills is a mammoth rental building completed a couple of years ago in the shell of a former textile family. Public school teachers get a break on rent.

On this block of Jefferson Street, a typical mix: some old row houses, a couple of modern interventions, and a former casket factory developed as apartments. 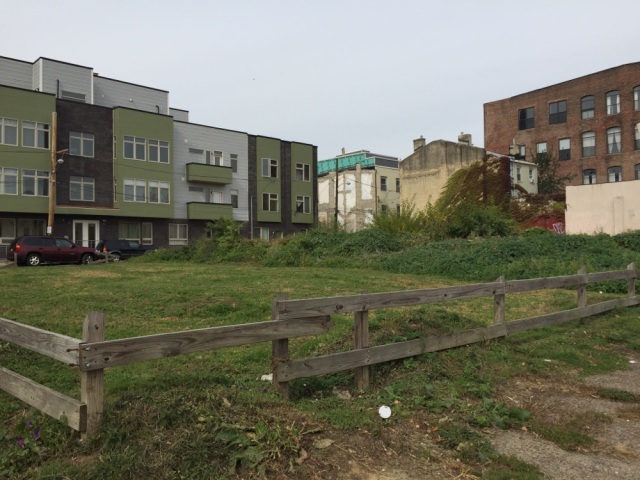 The side of my property is visible, covered with ivy, in the photo above. The new construction across the street was a vacant lot two years ago. The grassy field has been sold to developers and will become 17 new townhouses. The brick building behind mine is one of the neighborhood’s earliest loft conversions. 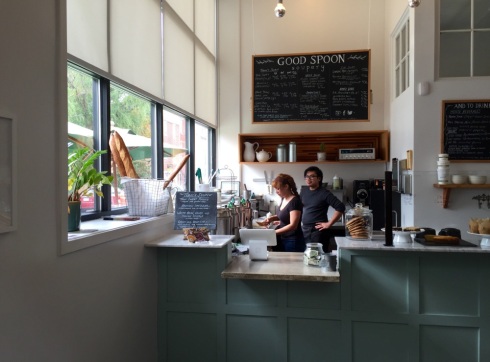 Lunch was here, in the shadow of the El, at the Good Spoon Soupery (they have salads and sandwiches, too) on the corner of Front and Master — a welcome addition to the neighborhood.

To see my previous reports about the area, go here and here.

I blog (for fun) here at casaCARA, and write (for money) about architecture, interiors, gardens and travel for many national magazines and websites.
View all posts by cara →
This entry was posted in MISCELLANEOUS, PHILADELPHIA, REAL ESTATE/INVESTING and tagged Kensington, Norris Square. Bookmark the permalink.

2 Responses to Ambling Around Kensington