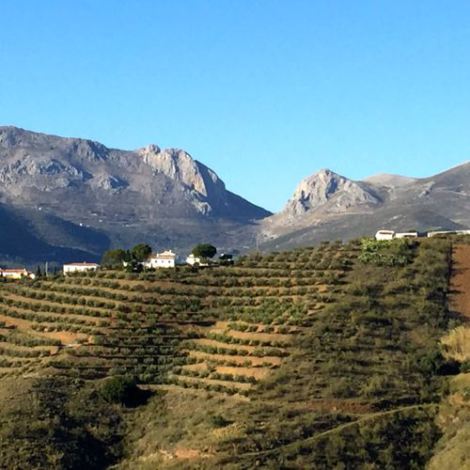 EN EL CAMPO (“in the fields”)… that’s where I am. My monthlong European rail trip is well and truly underway. On Thursday I took an AVE train — Spain’s high-speed rail service — from Madrid to Malaga (2-1/2 hours), then caught a local bus and rode an hour east. For the past couple of days, I have been visiting friends deep in the mountains of Andalucia, in the Axarquia region of Malaga province, a part of Spain that feels so ancient you can easily imagine the narrow roads, even now barely paved in parts, plied by Don Quixote and Sancho Panza on horse- and donkey-back. Rows of olive trees dot the hillsides. as they have for centuries. The Alhambra, the greatest architectural masterwork of the Muslim rulers of Spain during their 800-year reign, is some 75km distant, beyond the cleft in the rock, above.

My friends, Sylvia and Anton, below, are among the many Northern Europeans who have chosen to live in this sunny, relaxed, affordable region. They’re full-time residents here, as are most of their Dutch and British neighbors. 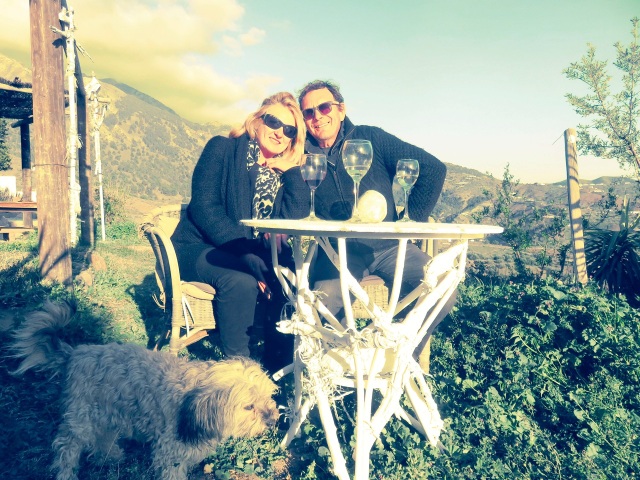 Their house, below, began as a cortijo, or farmhouse, with thick stone walls, beamed ceilings, and an entry courtyard, and has since been converted to a three-bedroom, two-bath home with a luxury kitchen, a long rear terrace, and views that challenge my supply of superlatives. Breathtaking is an under-statement. Spectacular barely cuts it. 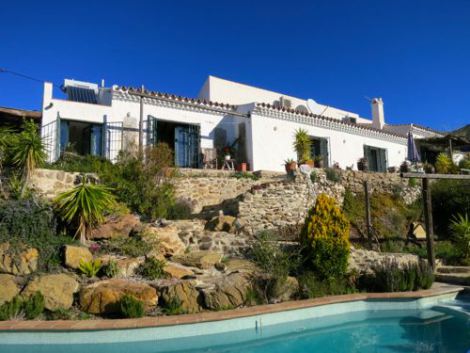 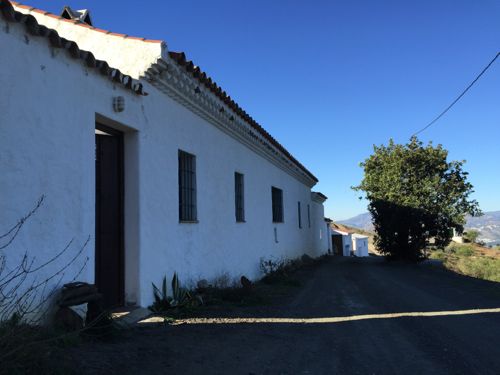 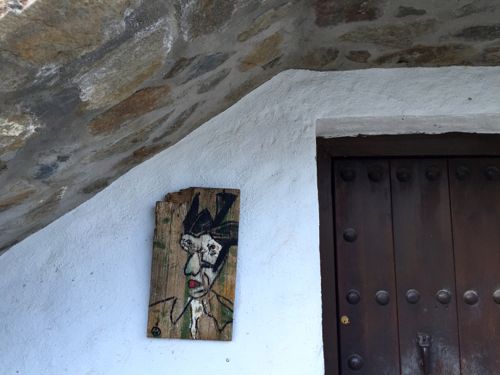 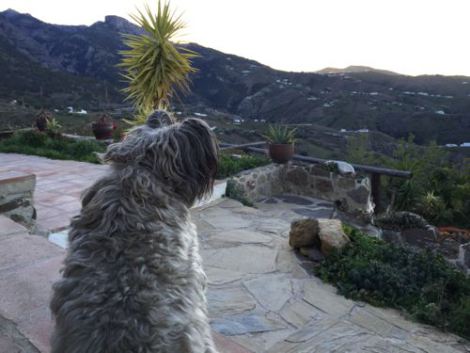 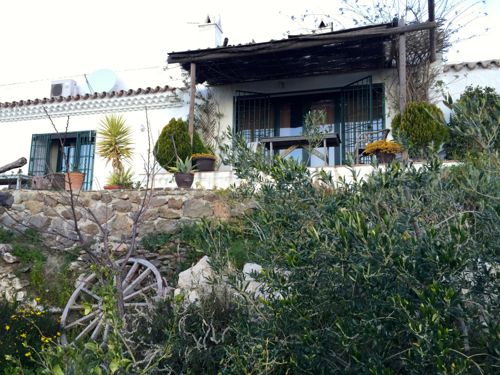 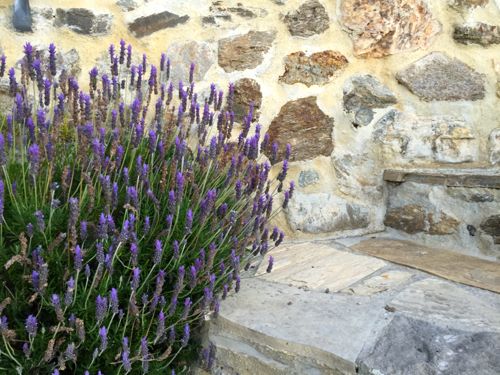 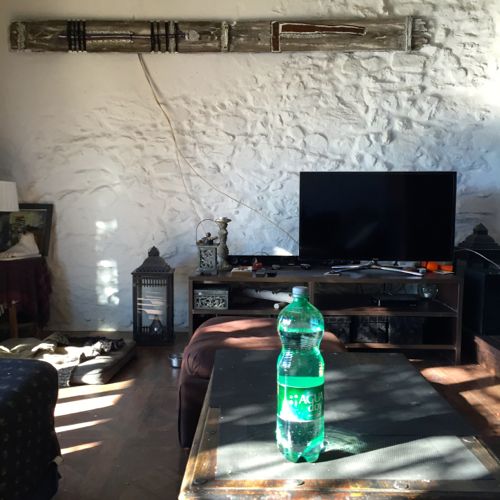 They’re surrounded by some rustic ruins and some newly built or recently renovated homes, owned mostly by ex-pats. 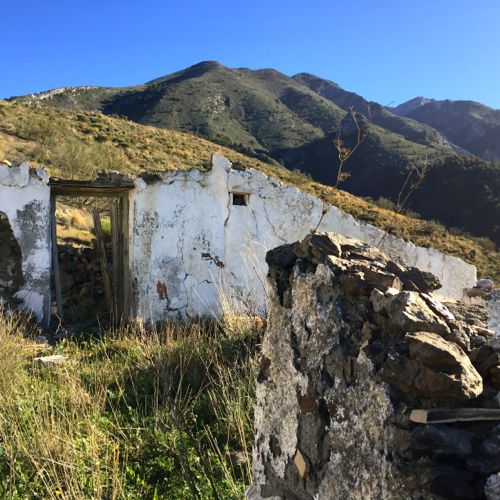 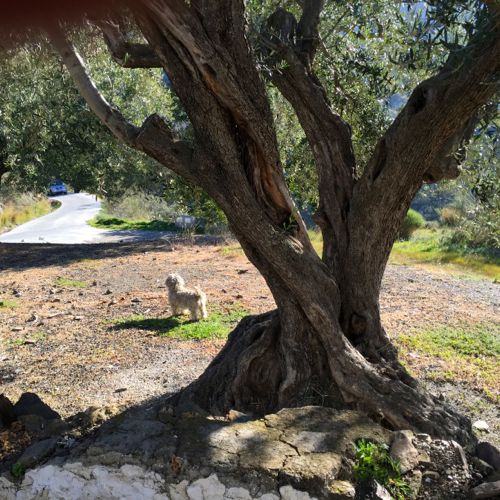 The nearest village is Canillas de Aceituno, below, where we went yesterday for the small produce market and some errands. Turns out Canillas is known for its Mudejar architecture — the arched doorways and stucco houses built by Hispanic non-Muslims after the Christian re-conquest in 1487. It’s a pretty, house-proud village whose inhabitants decorate their exterior walls with glazed ceramic tiles and potted plants. 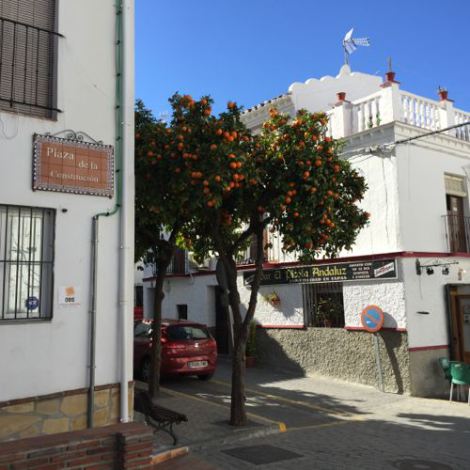 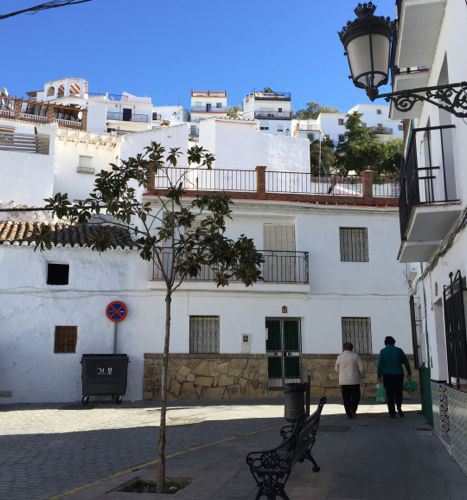 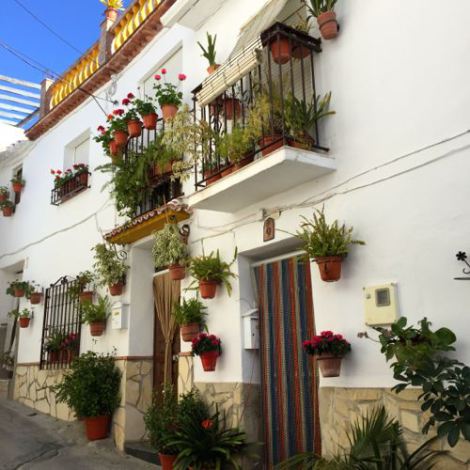 Today, Saturday, we drove half an hour down to the coast for a look at the Mediterranean. Lunch was a long, leisurely affair at Berebere, a beachfront restaurant with a Moroccan feel, in the resort town of Torre del Mar. 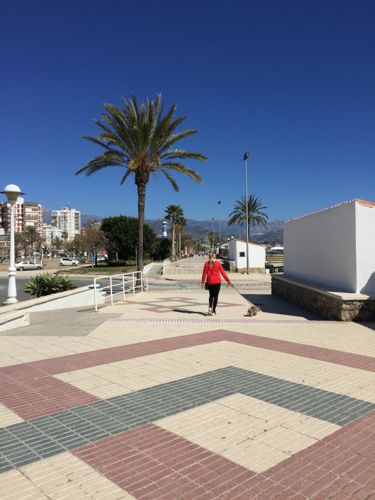 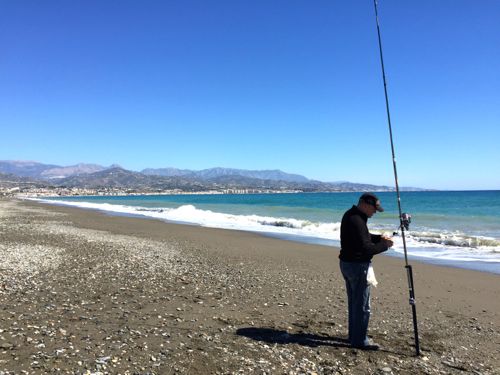 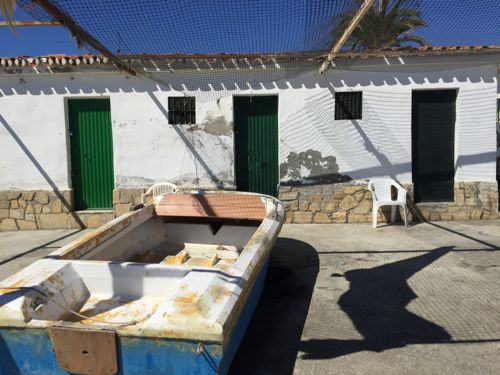 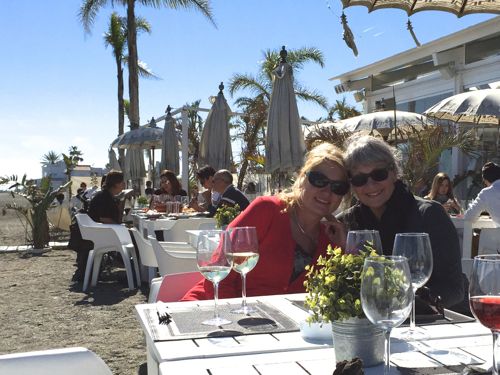 We’ve been walking the hills, playing with the dogs, eating and drinking well. (That’s Sylvia’s paella, below.) 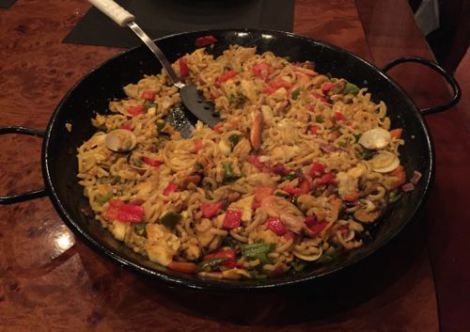 All is good, with the possible exception of the fact that my Visa cards don’t seem to work here. I’ll figure that out on Monday. Right now, life couldn’t be better. 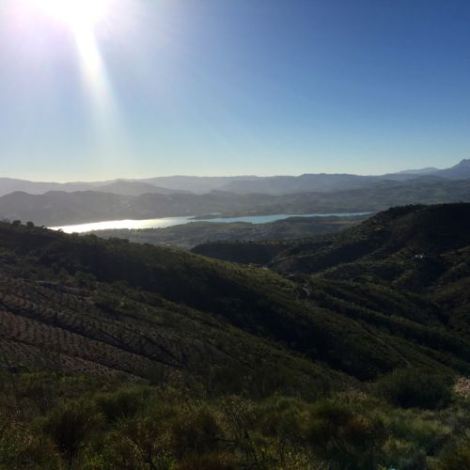 I blog for fun here at casaCARA, and write about architecture, interiors, gardens and travel for many national magazines and websites. My recently published posts and articles can be found here: https://casacara.wordpress.com/recent-articles/
View all posts by cara →
This entry was posted in SPAIN, TRAVEL and tagged Andalucia, Axarquia, Canillas, Canillas de Aceituno, Malaga, Torre del Mar. Bookmark the permalink.