Park Place stop on the ‘S’ train. Who knew?

BROOKLYN IS VAST — a mighty city in its own right until 1898, when it was consolidated into New York City and forever after out-dazzled by its skinny neighbor across the river. Considered on its own, the borough of Brooklyn is the fourth most populous city in the U.S. (and, I hear, the third most expensive after San Francisco and Manhattan). It sprawls seven miles from the Brooklyn Bridge to Sheepshead Bay, a patchwork of amorphous neighborhoods whose names and borders shift with changing demographics. 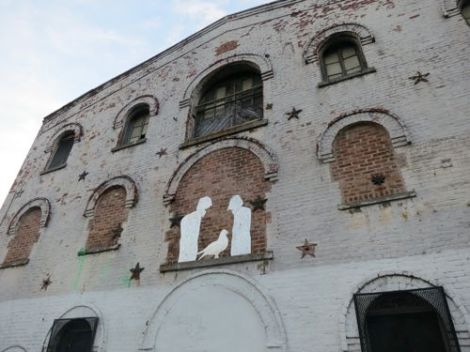 Corner of Bergen and Franklin

And boy, are they changing, nowhere faster than in Crown Heights. I only stuck my toe in the waters of Crown Heights the other day, almost for the first time, when a friend and I set out to take a walk and ended up cruising Franklin Avenue, an artery exploding with restaurants, cheese shops, bakeries, wine bars, and vintage clothing stores on the northern side of Eastern Parkway, and nothing but laundromats and bodegas south of it. The Line of Yuppification, as a friend used to say, is stark.

Rosebud Vintage, one of several 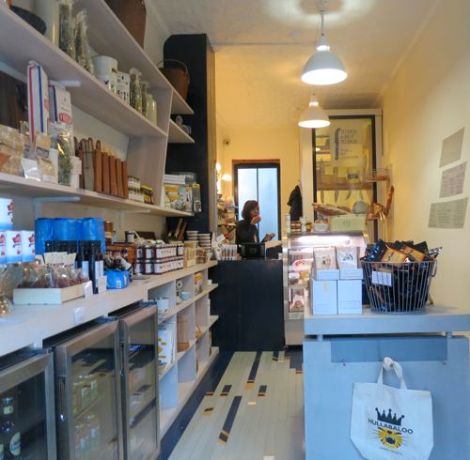 We discovered an elevated subway line we never knew existed (the S train, a shuttle that runs only three or four stops between major lines), scoped out some beautiful industrial buildings, popped in and out of various shops, and ended up at cozy Cent’Anni in time for happy hour (5-7PM Monday-Friday, $4 wine and  $2 crostini). Happy were we.

Below: the attractive Fez, now closed, soon to re-open 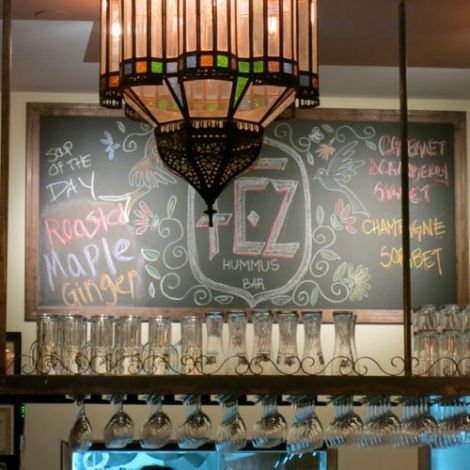 I blog (for fun) here at casaCARA, and write (for money) about architecture, interiors, gardens and travel for many national magazines and websites.
View all posts by cara →
This entry was posted in BROOKLYN and tagged Cent'Anni, Crown Heights, Fez, Franklin Avenue, Little Zelda, Rosebud Vintage, Wedge. Bookmark the permalink.