TWO WEEKS AFTER SANDY, my friend M., who has invested huge sums of money and energy fixing up a 1930s bungalow, above, in the far reaches of Queens, New York, has just had her first experience with FEMA. A few blocks of vintage bungalows in the beachside community of Far Rockaway, survivors among a onetime colony of thousands, took a beating in the recent storm. 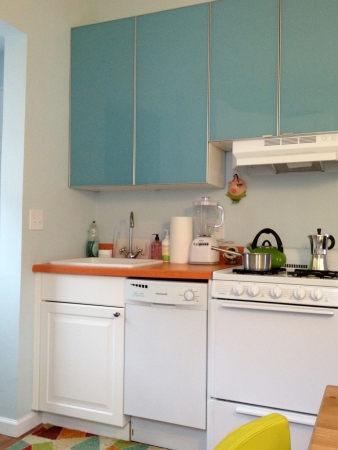 Most of the time, the beachfront location is a plus. M. thoroughly enjoyed her first summer in her bright, colorfully renovated bungalow, whose interior is shown here. She had even been considering living there full-time, as many of her neighbors do. After Sandy’s havoc, she’s probably not so sure.

Power has not yet been restored. The water went as high as 3’3″ in M’s basement (fortunately she has one), ruining her brand new boiler and hot water heater. FEMA came last Friday to assess the damage. M. says the assessor seemed generous on his visit, noting damage she had missed and putting it all in his report. Twenty four hours later, with efficiency I never imagined the Federal government capable of, she had an email from FEMA. The decision: M was to be given a grant of $499.99 (why not a round $500?) and offered a Federal loan of 50K. “So much for that!” she says.

M.’s report from the front today: “The situation out there is getting desperate, not so much in

the bungalow colony, especially with the weather warming up a bit, but elsewhere. Utter devastation and too many poor people, too much public housing. Lines for food and supplies everywhere. Nothing much open business-wise and I wonder how many of them will reopen. Looks like a Third World country.” Transportation is still disrupted; the commute to Manhattan, normally under an hour, can take four.

Rockaway’s unique bungalow community will survive and who knows? In years to come, the whole area may see a turnaround. But it could take decades. Right now, focus is all on clean-up. “It’s exhausting,” M. says. “And I was one of the least hard hit.” 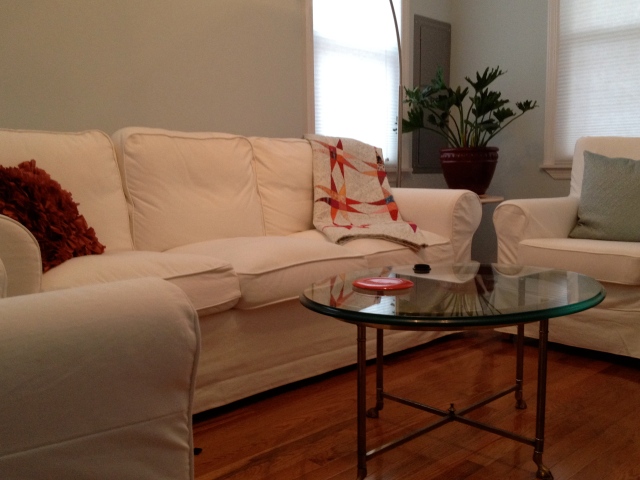 To read the back story of M’s search for a Rockaway bungalow and see photos before and during renovation, go here.

I blog for fun here at casaCARA, and write about architecture, interiors, gardens and travel for many national magazines and websites. My recently published posts and articles can be found here: https://casacara.wordpress.com/recent-articles/
View all posts by cara →
This entry was posted in COTTAGE LIVING, QUEENS and tagged bungalow, bungalows, Far Rockaway, FEMA, hurricane, Rockaway, Rockaways, Sandy, superstorm Sandy. Bookmark the permalink.