A Trace of Breukelen 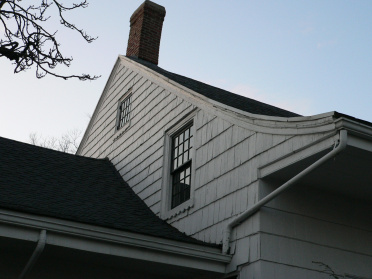 AFTER TOO MANY HOURS at the computer, I needed an adventure. So I hopped into my casaCARA-mobile and hied out to Flatlands, once one of several villages that made up the original Dutch settlement of Breukelen. I was racing the setting sun to find and photograph some old Dutch houses.

Did you know there are over a dozen houses in Brooklyn still extant from the 17th/18th century Dutch colonial period?  Some are well-known and open to the public, like the 1699 Old Stone House at Fifth Avenue and Third Street in Park Slope,  but that’s a reconstruction. Then there’s the 1652 Pieter Claesen Wyckoff house, New York City’s oldest, in Canarsie, and the Lefferts farmstead in Prospect Park, not in its original location.

A few other survivors, amazingly, are privately owned. A 1945 list I found on the internet showed several on Neck Road in Gravesend. I went there first and found only one remaining, but it had been badly messed with and that saddened me. 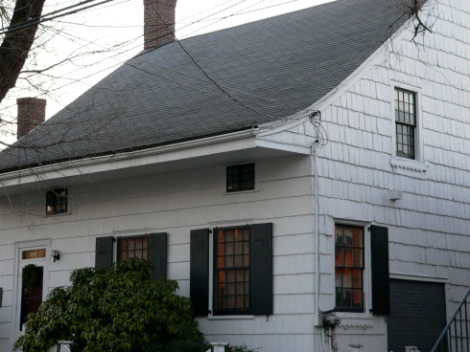 Flared eaves are a mark of Dutch colonial architecture

In Flatlands, though, I was rewarded by the graceful and intact Stoothoff-Baxter house, above, bizarrely tucked among completely unremarkable brick semi-detached houses of the 1940s. Ken Friedlander, a teacher in the New York City public school system and an emigre from Fort Greene, has owned it for 15 years. 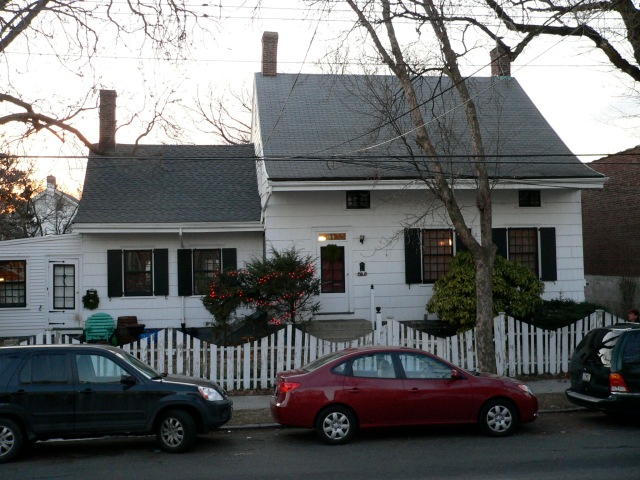 The earliest part of the house, a small wing on the south side (at left in the photo above), was built in 1747 by Garret Stoothoff.  One of his daughters married an Irishman named John Baxter, who expanded the house in 1811, but very much in the old Dutch style, with  characteristic flaring eaves.

Friedlander wasn’t home, but I photographed the exterior. Later, I talked with him, and he e-mailed photos of the interior, below, which is more original than seems possible after two centuries.

The rooms in the smaller, older section have low, beamed ceilings. In the later, larger section, the interior architecture shows English influence in the moldings and fireplace surrounds, above. The kitchen, below, still has its divided Dutch door.

In the 1940s, Friedlander told me, the house and its surrounding land were sold to a developer, who built four houses on one side of it and one on the other. As for the Stoothoff-Baxter house itself, the developer “never got around to knocking it down.”

I like to think he just couldn’t bear to.

9 Responses to A Trace of Breukelen